In the absence of clear indicators as to the cause of the incipient demise of the Turtle Dove, it is our intention to attempt a method of re-introduction and maintenance of a substantial wild flock of captive bred birds, able to survive year-round in Britain. In essence, a UK non-migratory flock. 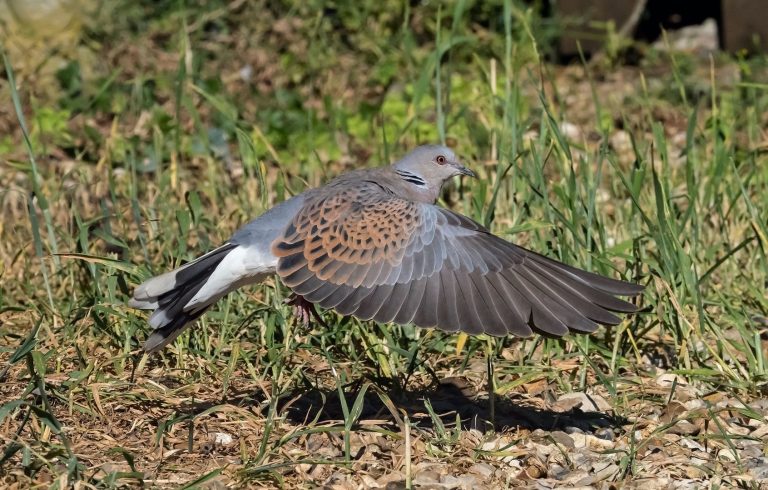 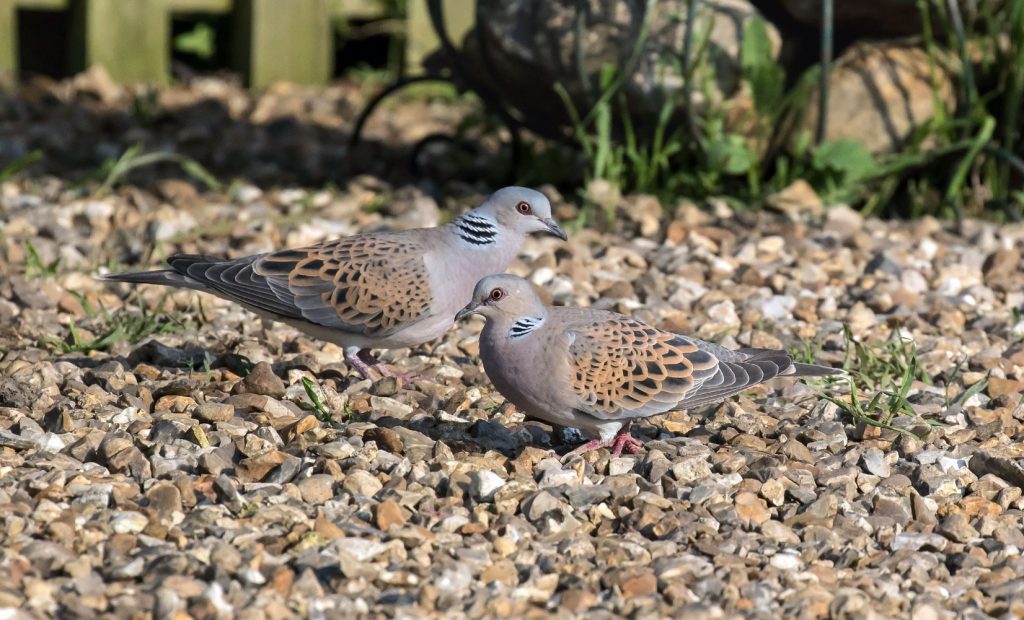 This pragmatic and practical project is inspired by the extremely successful captive breeding and release programs of critically endangered species, orchestrated globally but in particular the Mauritius Pink Pigeon (Nesoenas mayeri).

We have taken into consideration the suggested causes of the Turtle Doves’ collapsed numbers in Britain: –

– None of which are within our gift to affect and all of which are slowly being addressed and managed by other responsible agencies.
All proposed remedies take time, not only to put into practice, but also to show effect. The Turtle Dove has almost run out of time; in many previously well populated locations it is now simply a fond memory or an absent mark on a rapidly descending graph.

1. Changes in agricultural practice over the past 60 years, employing large quantities of pesticides and nitrates, have resulted in excellent crop yields in otherwise sterile landscapes.

– The RSPB and BTO, in conjunction with DEFRA, have schemes in place to encourage and persuade farmers and landowners to strip plant their land borders with flora attractive to birds and insects.

This may eventually show good results for both farmers and the environment, possibly including the Turtle Dove.

2.  Loss of habitat is a further consequence of intensive farming due to the removal of hedgerows and coppices in order to enlarge arable fields. It is also due to the need to expand residential areas for a growing human population, requiring the clearance of wastelands and woodlands around towns and villages.

– “Re-wilding” is an exciting and romantic experimental solution but is limited to the few who can afford to release large enough tracts of land from agricultural production or building to ensure viability.

It takes years of precious time to re-establish old haunts.

3. The confirmed legitimate and illegitimate slaughter of migrating birds over the migration routes of Southern Europe is a disgrace. All European governments should press for the urgent cancellation or restriction of the huge numbers of Turtle Doves currently being shot quite legitimately under licence. Illegal shooting would then be clearly apparent and could more easily be dealt with.

NB: France has recently taken a major step forward and has banned the hunting of Turtle Doves on their Spring and Autumn migrations. We are optimistic that Spain and Portugal will follow suit.

The wheels of legislation grind slowly.

Although clinical manifestations of the infection are limited, it could be that the virus restricts feather growth or, causes other physical impediments sufficient to render the birds more vulnerable on their arduous migration flight. Added to which, the transmission of the disease from adult to nestling via “pigeon milk” feeding may inevitably enfeeble the infant as it matures.

Our Aims and Objectives

We propose to continue to breed Turtle Doves in captivity for introduction to the wild.

During our first breeding season in 2019, we successfully raised over 100 youngsters from our accumulated captive bred stock, donated by aviculturists in the UK.

The young birds are added to our foundation breeding flock in the expectation that the numbers bred will seasonally increase.

All the original breeding birds are captive bred, some are several years old, and none have ever experienced living in the wild and migration.

Some of the clutches of eggs will be parent hatched and reared. Others will be incubated and/or fostered by Java Doves (Streptopelia risoria). We ensure that all our breeding Turtle Doves have the opportunity to raise at least one set of youngsters each season.

Several staged releases are planned throughout the year as birds come to maturity. Some youngsters will be over-wintered. The following May or early June is usually an appropriate time for their release.

We are confident that the blowsy lanes, coppices and meadows of Norfolk and Suffolk, all amply patterned with ponds and waterways, are still a suitable habitat if augmented with feeding stations.

It is imperative that the progress of each released group is traceable in some measure. They will be distance identifiable as Turtle Dove Trust birds by their leg rings. In addition, it would be ideal to attach trackers.

While our aim is to establish a resident flock, it is always possible that the innate desire to migrate will not easily be overcome. Therefore, trackers capable of sending signals over long distances and time are additionally required.

We estimate that 2021 will be a year of empirical research and evaluation, open to varying current practices as necessary, or as dictated by experience.

This website uses cookies to improve your experience while you navigate through the website. Out of these cookies, the cookies that are categorised as necessary are stored on your browser as they are essential for the working of basic functionalities of the website. We also use third-party cookies that help us analyse and understand how you use this website. These cookies will be stored in your browser only with your consent. You also have the option to opt-out of these cookies. But opting out of some of these cookies may have an effect on your browsing experience.
Necessary Always Enabled
Necessary cookies are absolutely essential for the website to function properly. This category only includes cookies that ensures basic functionalities and security features of the website. These cookies do not store any personal information.
Non-necessary
Any cookies that may not be particularly necessary for the website to function and is used specifically to collect user personal data via analytics, ads, other embedded contents are termed as non-necessary cookies. It is mandatory to procure user consent prior to running these cookies on your website.
SAVE & ACCEPT